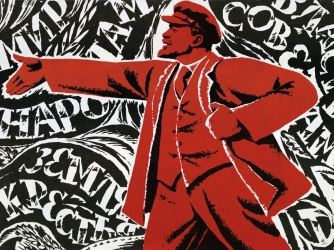 “In Russia the end of the First World War in 1918 had created an opportunity for intervention by the Western powers against the Communists and in favor of the Whites. Winston Churchill, the history-maker, then holding office in Lloyd George’s government of Great Britain, could see that opportunity clearly, along with all the terrible consequences of not taking it.

“He told Lloyd George that ‘the Bolsheviks are the enemy of the human race and must be put down at any cost . . . we might as well legalize sodomy as recognize the Bolsheviks.’ But in both Britain and France, the people and especially the war veterans were unutterably weary of war and saw no reason to get involved in Russia’s troubles. It soon became obvious that, except for a few hard-bitten professionals, no British or French troops could be used effectively in Russia.”