The Protestant Revolt, Not a Reformation 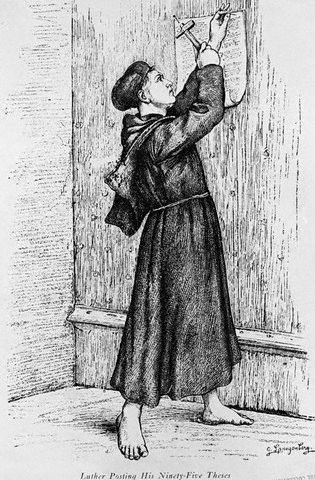 On February 26 at Christendom College, Founding President Dr. Warren Carroll delivered a lecture titled “The Protestant Revolt, Not a Reformation.” The lecture was the second in a series of history lectures that are planned over the next few months.

The lecture was charged with intrepid statements on this turbulent period of Church History.

“Though most Protestants today do not know it, the destruction of the Catholic Church was the declared objective of the first Protestants,’” Carroll said at the beginning of his lecture. “They were rebels, not reformers.”

A convert to Christianity, Carroll was educated at Bates College and received a Doctorate of History from Columbia University. After founding Christendom College, he served as the College’s president until 1985 and then as the chairman of its History Department until his retirement in 2002. He is the author of numerous historical works, including The Rise and Fall of the Communist Revolution and his major multi-volume work The History of Christendom.