There are a number of positive remarks which should be made about John Paul II’s Centesimus Annus at the outset. To anyone who is familiar with the thought of Leo XIII, whose Rerum Novarum the recent encyclical intends to commemorate, Pope John Paul II has certainly captured Leo’s mind and is therefore in tune with the Catholic social teaching initiated by Leo. Also in the tradition of Pope Pius XI, who in Quadregesimo Anno, applied Leo’s teaching to the changed economic and political situation at Pius’ time, Pope John Paul II has done the same, expanding Leo’s teaching and applying it to changing historic, political and economic events of our times, events which can only be referred to as tumultuous. In fact, one of the main things which strikes the reader after reading the encyclical, and which is a great advance over the thought of Leo, is that this encyclical addresses more broad and penetrating issues than Rerum Novarum did.

There are a number of reasons for this new thoroughness. Leo was trying to address himself to the serious problems inherent in the burgeoning capitalist system of Europe, which seems to have come on the scene almost overnight, of happenstance, with no theoretical consideration regarding its impact on society, the family, or the worker. Coupled with this was the seductive lure of socialism, in its infancy as well, which was seen by many mistreated workers as a solution to all their problems. So Leo had a somewhat limited goal.

Since Rerum Novarum much has happened, not the least of which is Vatican II and the development of a thorough theology of the human person by Pope John Paul II himself; and while certain abuses in the various economic and political systems have disappeared, certain other persistent ones remain. These problems, by their very subtlety, have allowed Pope John Paul II to delve to their very roots, rather than concentrate on the abuses themselves. He also shows to persons having various viewpoints, Catholic or otherwise, that these social, economic and political problems are truly very complicated and do not admit of simple, ideological solutions.

Certain shortcomings in the encyclical, especially from the political scientist’s point of view are worth mentioning here. In certain areas the Pope writes with a certain vagueness which makes it difficult to see exactly what he has in mind or to which countries he is referring. This is true of his comparison of drugs and pornography sales as an example of the shortcomings of the market system. The comparison would be true if the one was as available as the other but, at least in the West, they are treated very differently by both society and the government, the one being rooted out with a vengeance and the other being seriously tolerated or regulated depending on the community in which it appears and the limits set by the courts.

Another seeming shortcoming, from the scholar’s point of view, is that Leo was ahead of his time in proposing or insisting that the workers be treated with human dignity. Pope John Paul II echoes, whether intentionally or not is not clear as there are no references to non-Church or non-United Nations documents, what modern management science has taught about the human side of production for quite some time now. There will be an examination of this aspect below.

Centesimus Annus appears to have two main thrusts. The first is a clear recognition, a recognition available to anyone who is at all informed, that in general the “free market” economic system is the best system yet devised for the widespread distribution of goods and services, private initiative, economic development, private property usage and technological advancement the world has ever seen. But in addition, and against all ideological understanding of free market economics, the encyclical emphasizes that the free market system is not a panacea. Like every other system of human devising, it has flaws which, if they are not corrected, must be provided against. The encyclical seems to show, against much anti-free market ideological thinking, that the systemic flaws of capitalism have their sources outside of the economic system strictly understood, and hence, are not susceptible of mere systemic correctives.1

But what are these flaws, what is their source and how pervasive is their influence? 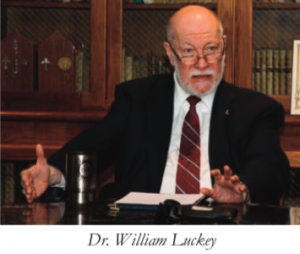 The free market system is basically an impersonal tool for the providing of goods and services to society. The fuel of this tool is an economy based on cash money and other flexible media of exchange. But the sole determinant of what gets produced and sold is basic human choice. No sensible producer will manufacture what no one will buy. But on the other hand, there will be producers of whatever people choose to buy, providing that there are enough people to make the product or service economically worthwhile to provide in the first place. Hence, the economic system does not make the choice as what to produce, but the society does and the system supplies it, What this means, and what the Pope is trying to tell us, is that one can tell a lot about a society, and not necessarily a lot about its economic system, by examining what economic choices the society has made.2In the West, the problem which the Holy Father is trying to address is not the free market economic system, but a widespread materialism which has infected modern, Western society and has led to “consumerism,” which has led in turn to a very large segment of society concerned purely with “possessing and enjoying;” to a commonly found individual “who is no longer able to control his instincts and passion” and whose needs and desires are not ordered according to a correct scale of values, so that the ownership of things “is no longer an occasion for personal growth.”3Such a deformed mentality is clearly expressed in the bumper sticker which says “Shop ’till you drop,” and is taken advantage of by advertising agencies which try to “create a demand” in economist’s terms, by cleverly seducing potential customers to give in to those disordered instincts. Political scientists have long known about the pervasive influence of this consumerism, although they did not call it by that term. The anger of the urban poor is exacerbated primarily due to the fact that, for a variety of complicated circumstances, they have been unable actually to express that consumerism with which the materialist society has imbued them.

But consumerism goes further than this, because it is exactly this desire of possessing the more and more and the better and better that has encouraged couples to put off having children or even deciding not to have them at all, so as not to encumber the finances of the “consumerists.” “The scandal of abortion”4 is a necessary outcome here as the abortion is the last refuge of a person whose birth control methods have failed.

But this rejection of a proper scale of values based on the nature of the person and his relation to his Creator has not just permeated the countries with free market systems, but has led to the corruption of democracy as well. As with the economic system, so also with popular government, a lot depends on the values and level of virtue of the people. Just as the “value vacuum” in purchasing has led to consumerism in economics, it has led to group power-politics in democratic societies where the political faction with greatest numbers and/or the loudest voice gets what it wants, the government having been reduced to a power broker.5

Returning then to the condition of the worker himself, again the lack of proper values and an understanding of human dignity, or the development of what Bertrand of Jouvenal attacks under the term “efjicacite”- producing with purely the outcome in view,6still, after all these years, reduces the worker to a commodity, to be hired, pushed, manipulated, etc., like any other physical resource. That this still happens shocks this author, not so much because one really expected society to listen to Pope Leo XIII, but more so, because all modern textbooks in Management Science teach it. The value of treating workers as human beings with the dignity they deserve was seen in 1939 as a result of what are called the “Hawthorne Studies.” While studying the effects of lighting on production, industrial psychologists discovered that production increased no matter how the lighting was changed. They eventually discovered that this was due to the fact that the workers in the study knew that they were being treated as special, being paid attention to, and that they had developed a spirit of comaraderie among themselves and with their supervisors. This opened up a whole new field in scientific management. The difference was clearly pointed out by industrial psychologist Douglas MacGregor in 1960,7who distinguished between theory `x’ and theory `y’. The theory `x’ method of treating employees, and exactly the theory that Leo XIII was attacking, clearly presumes a negative view of workers, namely, that they are essentially lazy, do not want to work, and respond only to threats and financial rewards and punishments. This theory, forcefully rejected in all management textbooks over the last twenty years, is still operative in a surprising number of places and among a number of people who ought to know better. Theory `y’, based on a notion of the dignity of the worker, holds that work is natural to people, that people are generally self-motivated, responsible, creative and co-operative and should be treated as such.

Psychologists such as Abraham Maslow have pointed out8that human beings have values which they seek to have fulfilled at work and the fulfilling of these values will make them more productive. These values include, besides and above a decent paycheck, self-esteem, personal growth, and recognition by their employer. The acceptance of Maslow’s hierarchy is taught in all management courses, but, again, is ignored by a surprising number of managers. What this demonstrates is that the flaw is not in business itself or the economic system (treating workers with dignity will increase production), but lies with the defective will of the manager himself.

How far will a manager go in defying what the Pope and management science so persist in saying? One of the most scandalous examples to which one can refer is the recent highly leveraged acquisition of Warner Communications by Time, Incorporated to form the Time-Warner Corporation.9Ostensibly to form a conglomerate large enough to stand up to foreign competition, the CEO of Time put literally thousands of jobs in jeopardy by acquiring a $5 billion debt to purchase Warner – a debt almost every analyst says Time-Warner will be unable to pay off in time. A few weeks ago, Time-Warner layed off hundreds of writers. To accomplish a costly merger for the common good of saving the whole company is good even if it does cost some jobs. But by all evaluations, this appears to be “Russian roulette.” To make matters worse, the CEO of Time-Warner, Steve Ross, receives a salary in excess of $3 million and stock options totaling over $85 million. He was able to command such pay and benefits because he is the controlling stockholder as well. Could anything more clearly demonstrate the notion that the source of the problems lie in the defective will of the person who refuses to heed the voice of the Church, the findings of managerial science, or the cries of the families of those whose jobs could have been saved with less greed.

7Douglas MacGregor, The Human Side of Enterprise (New York: McGraw-Hill, 1960).