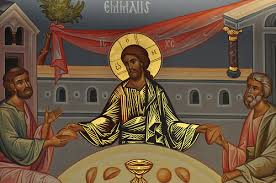 The National Catholic News Service reported that in a survey of Catholic editors across the country the number one story of 1985 was the Extraordinary Synod of Bishops and the yearlong debate it provoked over the state of the Catholic Church 20 years after the close of the Second Vatican Council.

Books such as The Ratzinger Report, which gave a critical assessment of the condition of the Church, stirred up a great deal of discussion both for and against the Cardinal’s appraisal. The power and strength of Ratzinger’s critique can be seen in the fretful response of the disenfranchised Hans Kung, who felt compelled to take pen in hand and rail frantically against the “oppressive” Roman curia and the “Grand Inquisitor”. (Nat’l. Cath. Rep. Oct. 11, 1985) By this crude caricature of Cardinal Ratzinger, the chief spokesman of hetrodoxy reveals himself once again to be infallibly, or should I say sadly, out of touch with reality. The Ratzinger Report is a balanced, realistic appraisal of the present situation of the Church by a deeply reflective theologian and pastor of the Church.

As we await the final result of the Synod, regardless of the outcome, I believe there has already been one great blessing which has emerged from this heated discussion on the condition of the Church: the reassessment of the relationship which should exist between the Church and the world.

A great deal of confusion entered into the Church through a misunderstanding of what the Council Fathers meant when they spoke of “the world.”

The word was used equivocally without making some essential distinctions. These are found in the scriptures, particularly in the Johannine writings.

After the Council, there swept through the Catholic fold a naive optimism, as many priests and sisters ran out to embrace the world. There was an effort to break out of what they perceived to be the shell of their parochial identity. They longed to express their unity and solidarity with the world. To many Catholics there seemed to be something quite right about this centrifugal movement but soon there began to appear certain disquieting signs.

Habits and collars were taken off because these “interfered” with their ministry by “separating” them from the world. Crucifixes and other signs of Catholic identity were stripped from the walls of schools and hospitals. Even churches were redone by modern-day iconoclasts and made to resemble assembly halls in the name of “evangelical simplicity.” At the same time, thousands, even millions, of dollars were spent by Catholic parishes, colleges and universities to build magnificent auditoriums with the thickest carpet, the plushest seats and the most up-to-date video and acoustic systems.

In this headlong rush to identify ourselves with the world, we forgot that we had a mission to the world. As Catholics we were called to evangelize the world in order that we might instaurare omnia in Christo. What in fact happened was that many Catholics were torn from their roots and were successfully evangelized by the world. A hostile spirit of secularization set in which was antithetical to the spirit of Christ.

St. Thomas Aquinas, in his masterful commentary on the Gospel of St. John, brings out a fundamental distinction. The Common Doctor states that there are two senses in which the term “the world” is used. The first sense speaks of the world as the society of men, which is part of God’s creation and is therefore good:

For God so loved the world that he gave his only begotten Son, that those who believe in Him may not perish, but may have life everlasting. For God did not send his Son into the world to judge the world, but that the world might be saved through Him. (Jn. 3:16-17)

But there is yet another sense in which St. John speaks of “the world” as a spirit which is utterly rejected by our Lord,

I believe here lies one of the great sources of the confusion which has reigned after the Second Vatican Council. Bishops and theologians failed to recall or ignored this distinction between the world and worldliness. This worldliness, or spiritus mundi, is proper not to the sons of Light but to the prince of this world, the Adversary.

It is this vital distinction which Cardinal Ratzinger urged all Christians to remember. This has been the greatest blessing of the book and the ensuing discussion: to critically reexamine the relationship which should exist between the Church and the world. The Cardinal’s critique of this “openness to the world” is a theme which runs throughout the book, whether he is talking about the Council, the bishops, women religious or moral theology:

Here, too, we must rediscover the courage of nonconformism in the face of the trends of the affluent world. Instead of following the spirit of the times, we ourselves must witness that spirit of nonconformity with evangelical seriousness. We have lost the sense that Christians cannot live just like `everybody else’. The foolish idea according to which there is no specific Christian morality is only an expression of the loss of a basic concept: what is `distinctively Christian’ with respect to the models of the `world’. Even in some religious orders and congregations true reform has been exchanged for the relaxation of traditional austerity until then in practice. Renewal has been exchanged for comfort….

Today more than ever the Christian must be aware that he belongs to a minority and that he is in opposition to everything that appears good, obvious, logical to the `spirit of the world’, as the New Testament calls it. Among the most urgent tasks facing Christians is that of regaining the capacity of nonconformism, i.e., the capacity to oppose many developments of the surrounding culture. In other words, today we must revise this euphoric view of the early post-conciliar era.

Encountering the world is always dangerous, especially when the Christian forgets that his mission to evangelize is counter-cultural. This is particularly true in today’s secular society which is increasingly both rationalistic and hedonistic. We must recall that our Lord wants us in the world but not of it. Hence, the challenge to first be firmly rooted in Christ and only then to go out to the world.

This truth has been illustrated in the lives of such great saints as Vincent de Paul, Catherine of Siena and John Bosco, all of whom went into the world and social apostolates, but through fidelity to prayer and the sacraments, did not lose Christ. This need to be grounded in the faith is seen as essential by St. John the Apostle if we are to shun the false “spirit of the world”. The beloved Apostle writes:

I am writing to you, little ones, because you know him who is from the beginning. I am writing to you, young men, because you are strong and the word of God abides in you, and you have conquered the evil one. Do not love the world, or the things that are in the world. If anyone loves the world, the love of the Father is not in him; because all that is in the world is the lust of the flesh, and the lust of the eyes, and the pride of life; which is not from the Father, but from the world. And the world with its lust is passing away, but he who does the will of God abides forever. (I Jn. 2:14-17)

This profound truth is reechoed by Cardinal Ratzinger. It is only when we firmly adhere to Christ that we can be of service to the world.

Anyone who has a clear picture of the dark sides of the age in which we live sees forces at work which aim to disintegrate the relationships among men. In this situation the Christian can see that his task as exorcist must regain the importance it had when the faith was at its beginning. Of course the word `exorcism’ must not be understood here in its technical sense; it simply refers to the attitude of faith as a whole, which `overcomes the world’ and `casts out’ the prince of this world. Once the Christian has begun to be aware of the dark abyss, he knows that he owes the world this service. Let us not succumb to the popular idea that `we can solve all problems with a little good will’. Even if we did not have faith, but were genuine realists, we would be convinced that, without the assistance of a higher power-which, for the Christian, is the Lord alone-we are prisoners of a baneful history.

If we remain united to Christ, we can be sure of victory. As Paul reiterates: `Be strong in the Lord and in the strength of his might. Put on the whole armor of God, that you may be able to stand against the wiles of the devil’ (Eph. 6:10). If we look closely at the most recent secular culture, we see how the easy, naive optimism is turning into its opposite-radical pessimism and despairing nihilism. So it may be that the Christians who up to now were accused of being `pessimists’ must help their brothers to escape from this despair by putting before them the radical optimism which does not deceive-whose name is Jesus Christ.

May the fruits of the Extraordinary Synod lead to a deeper renewal of the Church so she may effectively transform that world which God so loved that he sent his only Son.