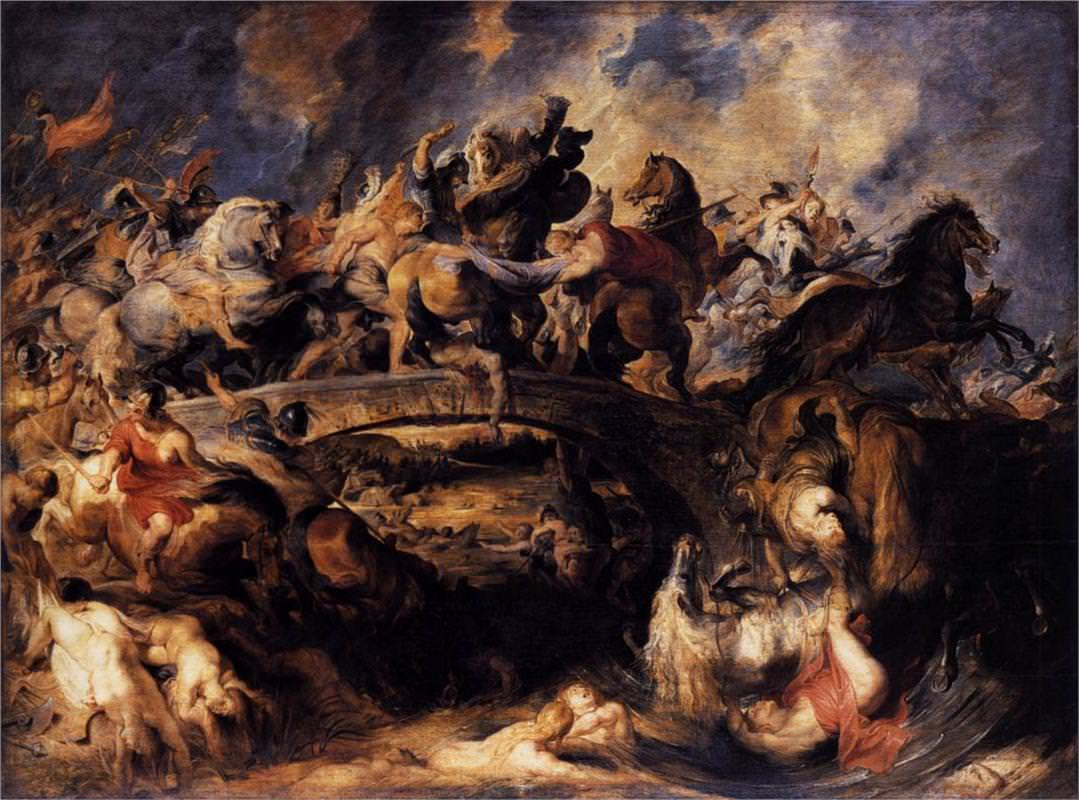 A recent issue of Modern Age (Winter, 1980) includes the texts of five addresses read at last year’s national meeting of the Philadelphia Society. Both the journal and the society are by now venerable institutions of post-war American conservatism, leading outlets of resistance to the liberalism which has dominated American politics since the New Deal. The extraordinary interest of these five papers is that each treats, in an exclusively conservative forum, this political movement’s most serious and persistent internal problem: the divergence between traditional conservatives and libertarians. The fate of conservatism in the United States cannot fail to be of interest to any Catholic American who is concerned with the prospect for a genuinely Christian politics. Notwithstanding the chic liberal bias of the U.S.C.C. bureaucracy, anyone who considers such issues as abortion, pornography, and the interference of federally-mandated social engineers with education and the family, cannot fail to see that we are far more likely to find support and sympathy on important Catholic issues from the right than from the left.

Of the five Philadelphia Society essays, the first and third, by Robert Nisbet and Walter Berns, set forth the incompatibility between libertarianism and traditional conservatism from the point of view of the latter. In the second and fourth essays, Murray N. Rothbard and Tibor R. Machan provide apologias for libertarianism; and in the last of these essays, John P. East seeks, after the manner of the late Frank Meyer, to resolve the conflict between the two parties. This conflict, of course, is not new, and there is nothing of striking originality in the five presentations under consideration. Their significance lies in their timing. As Walter Berns observes in “The Need for Public Authority”, all that has really united the various men and women gathered under one roof by the Philadelphia Society (or, we might add, into the pages of one journal by Modern Age or National Review) is a common dislike for the prevailing liberalism of the United States’ political establishment. “There seemed to be a danger”, Berns continues, “that if the liberals ever folded their tents (or were forced to do so) and filed silently into the night of our history, the Philadelphia Society might face what the liberals themselves would call an identity crisis.” Now if liberalism seemed on the defensive during the spring of 1979, when Berns delivered his paper, a year later the current primary season offers the possibility that conservatism may finally crawl out of the shadow of a half-century of liberal hegemony into the electoral sunlight.

In our judgment this possibility offers both a certain hope and a very specious temptation. The hope lies in the promise that our elected representatives, and the officials whom they appoint, will pay some heed to the demands of Christian morals in the formulation of public policy. Should they also refrain from debauching the currency and succeed in re-establishing credibility and dignity in the conduct of foreign affairs, we would enjoy an additional benefit. There is the danger, however, of expecting too much. At the time of this writing, the only serious presidential candidate whose stated positions seem to correspond with these hopes is Ronald Reagan; and, although his chances at the moment seem good, it remains to be seen whether he can win the election and then muster sufficient congressional support and adequate control of Leviathan’s bloated bureaucracy to put his programs into effect. But the most insidious temptation is inherent in the democratic process itself. Libertarianism has been a not inconsiderable element in American conservatism throughout its history, and the success of conservative politics will sharpen the appetite of the libertarian faction for governmental measures with which no Catholic can compromise. Unfortunately it is the very nature of party politics to blur the distinction between electoral tactics and basic convictions. The Christian constituency in any conservative victory must be vigilant regarding the kind of political “pay-off” their libertarian counterparts might expect to receive.

The contours of the problem are starkly revealed by the five Philadelphia Society papers. The so-called “neo-conservatism”, represented by Nisbet and Berns, reflects a view of the commonwealth which, as far as it goes, Catholics can live with very well. (At least in general terms-we are not here concerned to account for the position of every such conservative on every particular issue.) But the burden of both their essays is that the traditional conservative outlook is simply incompatible with what has long been called conservatism in the United States: classic nineteenth-century liberalism which, in our times, has shed every vestige of traditional sanction and reappeared as the naked rationalism of libertarianism.

As Berns argues, “…libertarianism is an extension of the original liberalism, insofar as it depends on the principle of self-interest.” Conservatism, by contrast, “depends on the principle of the fatherhood of God and the brotherhood of mankind.” Nisbet similarly notes “the contrasting ways in which the two groups perceive the population.” Conservatives, he maintains, see the people of a society, in accordance with the medieval view, “as composed of, not individuals directly, but the natural groups within which individuals invariably live: family, locality, church, region, social class, nation, and so on.” But for libertarians, “individuals alone are real; institutions are but their shadows.” In addition, Berns and Nisbet both insist that only the proper disposition of public and private authority can provide any sort of protection against the raw power of the monolithic state. “Libertarians on the other hand,” Nisbet remarks, “appear to see social and moral authority and despotic political power as elements of a single spectrum, as an unbroken continuity.” Or as Berns puts it, libertarians borrow from Hobbes an inverted form of the Golden Rule in which man’s highest obligation is simply to leave his neighbor alone.

The temptation for Catholics is that, enthusiastic over the very real improvements which could result from the conservative revival, we might forget the very real differences between conservatives and their libertarian “cousins”. And there can be no doubt that libertarians would like for us to forget, even as they appeal to the me-first individualism which is such a lively strain in the American character. Perhaps the most striking immediate contrast between the articles by the libertarians and those by Nisbet and Berns is the matter of tone. Compared to the somewhat sombre realism of the latter, Murray Rothbard and Tibor Machan project a breezy, engaging optimism. Indeed, Rothbard’s piece reads more like a hard-sell insurance ad than an essay, as he sets out to debunk six “myths” about libertarians, duly labeled “Myth #1…Myth #2…,” and so on. Essentially, Rothbard’s purpose is to convince all and sundry that libertarians are not all hedonistic, amoral atheists. This proposition is undoubtedly true. It is also irrelevant, since the personal beliefs and behavior of libertarians are not at issue, but rather the sort of government they advocate, which is precisely the sort that favors hedonism, amorality, and atheism. To argue, with Rothbard, that such matters are properly private affairs of no importance to libertarianism because it is a purely political theory is to make the dubious assumption that politics can somehow be isolated from moral and social concerns, an assumption effectively negated by-for instance-the abortion controversy. We are also not impressed by the acuity of Rothbard’s philosophical analysis which telescopes Thomistic natural law theory with the libertarian (essentially Hobbesian) notion of natural rights. And we are baffled when, in the course of exploding “Myth #4: Libertarianism is atheistic and materialistic, and neglects the spiritual side of life”, Rothbard concludes a diatribe against the sins of Christianity with this witty thrust: “…if I wished to be nasty, I could point out that the Reverend Jim Jones, in addition to being a Leninist, also proclaimed himself the reincarnation of Jesus.” Tibor Machan troubles us equally when he says gravely, “Conservatives tend, in the main, to be anti-rationalistic in their methodology. Libertarians, in the main, have a high regard for reason….” As if “anti-rationalism” were the equivalent of a disregard, or a low regard, for reasonl It is only in a rather obscure footnote that Machan allows the reader to infer that the conflict is not between reason and unreason, but between rival definitions of reason and its place in political philosophy.

The author of the last of the five essays, Professor John P. East of East Carolina University, is seeking the Republican nomination for the U.S. Senate seat currently held by Robert Morgan. It is our understanding that Professor East has the blessing of North Carolina’s senior senator, Jesse Helms. Given this impressive endorsement and the dismal record of Senator Morgan, we can only wish him well. Nevertheless, we cannot agree that traditionalists and libertarians can ever form “complementary” wings of a single political enterprise. The extent to which Catholics may rejoice in the conservative resurgence depends on how true conservatism is to itself. The conservation of Western traditions entails the conservation of Christian cultural and moral practices and ideals. The existence of a Christian society assumes the universal Christianizing of the social order, and that means, ultimately, Catholicity.